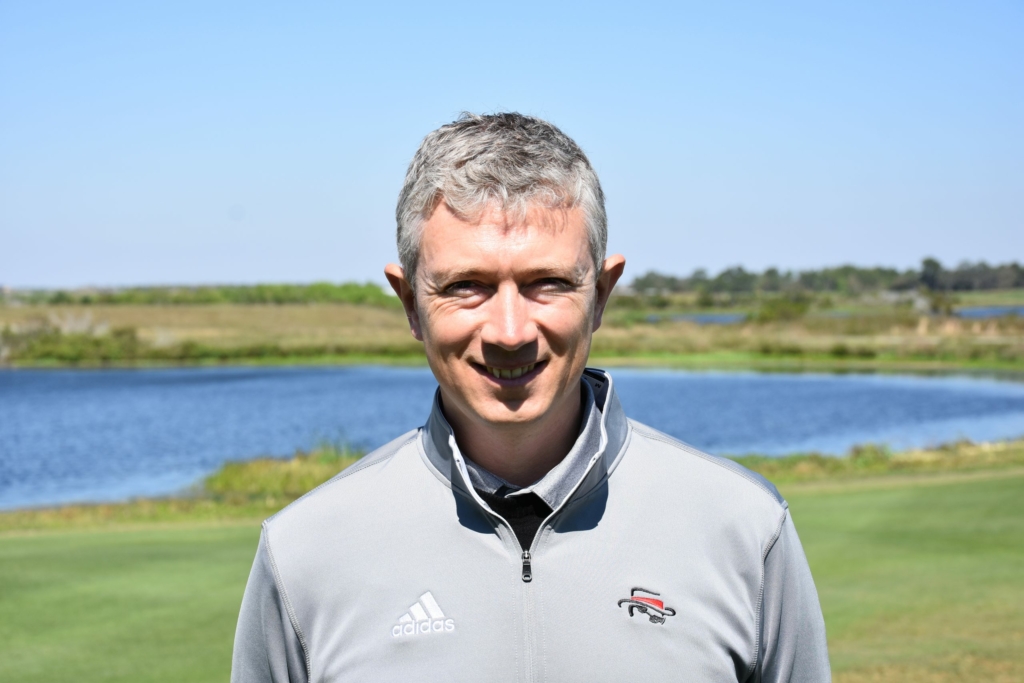 2020 Leadbetter Instructor of the Year

Originally from Northern Ireland, Robin has been involved with the game of golf for more than 20 years. As an amateur, Robin won at all levels: county, national and international, most notably helping Ireland to win the European Team Championship while representing Great Britain and Ireland.

Following his amateur career, Robin pursed his professional career playing in mini tours and regional tours with multiple invitations on European Tour. While competing, Robin was achieving his PGA Class A status, and it was during this time he developed a great interest in teaching.

His teaching career has seen him gain experience in a number of different countries, including Ireland, England, Spain and Korea, where he has been based since 2006. In this time, Robin has taken students from juniors right through to lifting major championship trophies, and as a result, has developed a reputation as one of the leading instructors in Korea.

While Robin’s main clients are aspiring tour professionals, he makes a point to teach players of all levels and takes pride and pleasure in helping someone starting late to enjoy the game or guiding a young junior through their first steps in the game.

Robin is currently the Leadbetter Director of Asia and coaches students at LGA Korea.